9.1.5 sees the return of Legions mage tower challenge. This time around it’s transmog (and a mount if you complete all) up for grabs. The difficulty is slightly harder than it’s initial Legion version and it’s a great solo challenge. While you have to do the scenario alone, you will be accompanied by three AI players. Think of them as really bad pugs. Unfortunately you can not sub them for dying for the hundredth time. You can find the challenge at Deliverance Point on the Broken Shore and your gear is automatically reduced in power so it doesn’t matter what you wear.

Head to the Broken Shore. You don’t need to have unlocked anything. Those with a Dalaran Hearthstone can use it for a nice shortcut. Remember to bring any consumables you might need with you since there’s no mail box next to the tower (that I’ve found anyway).

Your legendaries and covenant abilities don’t work here so it doesn’t matter which you have. 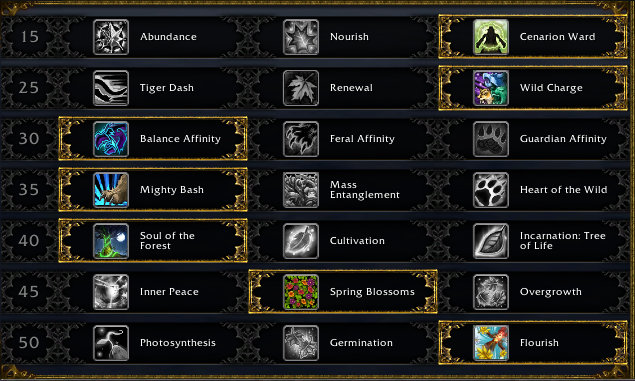 The scenario begins with a fight against several waves of generic undead mobs. This is actually the hardest stage and you can expect a large number of your wipes to occur here. The last two waves are the most difficult, and you’ll want your major cooldowns up for them.

Risen Arbalest (Archer)
Fires arrows at random party members dealing a medium amount of damage.
Special Ability: Mana Sting. Will fire a mana draining arrow in a straight line marked by a blue arrow. Stand behind an ally to make sure this doesn’t hit you since it drains all of your mana! Dispel whoever it hits. If you do get hit you have a very short time to self-dispel before it ticks once and eats your mana.

Risen Mage
Will cast Arcane Blitz at random party members dealing huge damage.
Special Ability: Casting Arcane Blitz will give the Mage a buff, increasing it’s damage by a large percentage. If you interrupt his cast the buff will fall off. We don’t have a traditional interrupt so we’ll use Typhoon and Mighty Bash to get the job done. Cyclone is also worth thinking about if necessary.

Risen Soldier
Will focus the tank when not casting one of his two abilities.
Special Ability 1: Knife Dance. This is identical to the Knife Dance from Blackrook Hold except it cannot be outranged. You can either heal through it or interrupt it. You’ll want to interrupt it most of the time.
Special Ability 2: Fixate. The soldier grows in size, and will follow you around. You can either tank the hits in Bear Form, or use Ursol’s Vortex to keep your distance. Wild Charge in Travel Form is also useful for putting some distance between you and him.

Toughest Waves
Wave 4: Mage, Warrior, Warrior
Begin the round by standing on where the Mage will spawn. This will force the two soldiers to group up with the Mage and allow Typhoon to hit all three. You want to interrupt the two knife dances, and an Arcane Blitz with it – early in the phase. The two scouts will fixate you soon after and you should Vortex before running or blinking away. You should be able to stabilise from here however you need to keep everyone topped off since the damage in this phase is very high.

Wave 5: Mage, Warrior, Archer
This is a very tough, bursty pull and the perfect place to use your Drums. Stack the mage and scout on top of each other so that you can interrupt both at once with the same Typhoon. Remember to keep dodging the Mana Sting. It will ruin your day. Drums will get you through this pull very quickly so you don’t have to hang in there for long.

Stuff that can go wrong

Stage 2 is a freebie. You literally just have to walk to your allies. The scenario won’t continue until you walk inside so you can drink and wait for cooldowns here.

Stage 3 is in multiple parts and is on a 5 minute timer that begins when your allies are taken from you. There are Unstable Fel Orbs spread around the area. You can one shot them with Sunfire / Moonfire but they will respawn 5 seconds later. Clear these as you go. 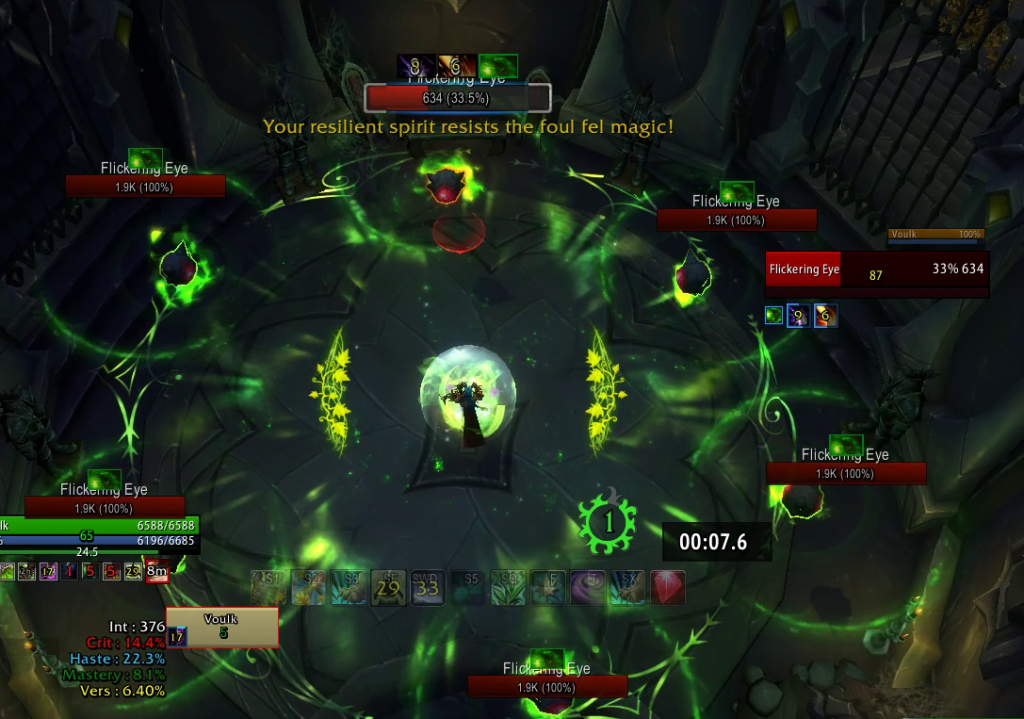 Having trouble with the timer? If you pause after phase 1 you can get drums back off cooldown for this phase.

Phew, another freebie. Take this opportunity to mana up. There is no time limit to how long you can wait here, so ensure you let all of your cooldowns (including Drums) refresh. You can also use a tome here and respec if you feel it’s necessary.

Ok this is a bit of a tough one. Your allies are going to turn on each other, and will take reasonably high damage. You will be juggling them with healing spirits that track across the room. The objective of the stage is to heal eight spirits to full before they reach the boss. They travel in waves of three and you have a short gap between waves. Any spirits that make it to the boss will appear as enemies in the next stage so you don’t want to miss more than one or two. 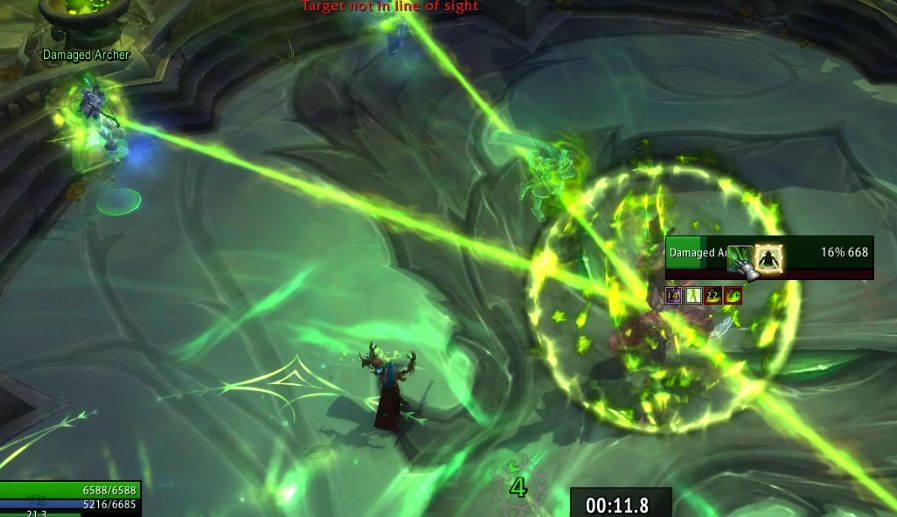 We are going to get our eight spirits healed in the first three waves like so:

Remember the key here is to heal at least 2 out of the 3 on the first two waves and then all three with Tranquility. You can fight two mobs very easily and this gives you time to drink between phases.

Quick, sneak in a drink. You’ll have about 20 seconds of rest to return to full mana. This stage is kind of optional – you’ll have to fight any spirits that you let the boss absorb in the last stage. Hopefully you only missed one or two mobs and you can use the same strategies as stage 1 to take care of them (they have much less health than in P1). Remember to use your Typhoon to take care of the Arcane Blitz / Knife Dance. You should be able to handle three here, but more than that can become very difficult. As soon as all of the spirits are dead we transition immediately to…

Special Ability 1: Ignite Soul. Apparently Lord Edris here has been taking tips from Nightbane. Ignite Soul lasts 8 seconds and then explodes – dealing your current health as damage to the rest of your party. Similarly to Nightbane you should find a pool to stand in to help manage your HP but be careful – they deal heavy damage and you’ll also be handling the leap below.

Special Ability 2: Heroic Leap. Now he’s copying warriors. Edris will randomly jump on top of you and spawn a new Fel Pool throughout the encounter. This often follows the expiration of Ignite Soul. You’ll want to drop these close to existing pools to maximize the amount of room you have.