The following guide was written by Sweggles from Midwinter. This is the 9.1 Gearing portion of the guide. You can find the in-depth playstyle page by clicking here. It’s recommended that you start with the playstyle guide and then come here afterwards to brush up on how to gear your character.

Shadowlands has multiple complex gearing systems that interact with each other. You’ll pick a legendary, you’ll socket 4-5 conduits, pick a “soulbind path”, equip up to five domination shards of up to five different ranks of nine different gems, and then equip your two best trinkets with a myriad of different effects of varying strengths. Seem like a lot? It is, and so we’re going to step by it one system at a time. 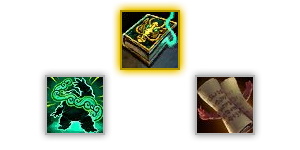 Fistweaving comparative to Upwelling has a lot of freedom over which legendaries you can play and make work. Upwelling is pigeon-holed into playing 1-2 legendaries whereas Fistweaving unlocks the option of playing almost anything you like. That being said there are still legendaries that outperform others consistently. 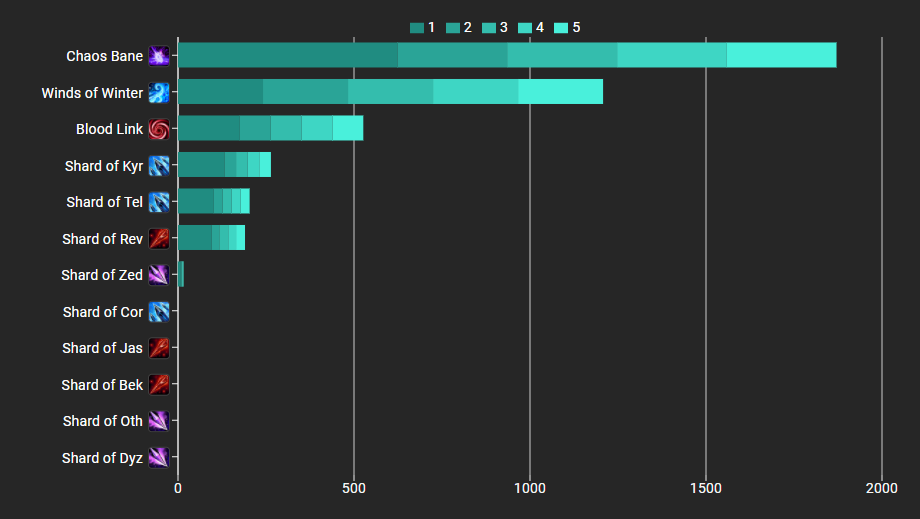 You can get your own domination gem graph, tailored to your character in QE Live.

For healing: Socket all three Unholy shards, Shard of Kyr (self-absorb), and either Shard of Rev (leech) or Shard of Tel (absorb on crits).

For damage: Socket all three Blood Shards, plus two gems of your choice. You can either socket the damage Unholy & Frost shards, or opt for a mixed set with Shard of Kyr & Rev / Tel.

In most cases you will just opt for the Unholy set as the healing increase is ridiculously high. Late in prog when you have multiple high rank sets you might choose to opt for damage instead for a particular boss.

Prioritize upgrading your domination set first since it scales up fast based on the lowest level gem in the set.

You can compare items in QE Live either by importing them automatically via a SimC string, or by adding them manually in Quick Compare with a gem of your choice. As a general rule you’ll always take domination socket items when they give you a set bonus.

You can get your own trinket graph, tailored to your character in QE Live.

Generally you’re on the hunt for strong stat trinkets like Unbound Changeling, Soulletting Ruby, Titanic Ocular Gland and more. Mastery on-use trinkets like Shadowed Orb of Torment and Instructor’s Divine Bell have a huge amount of potential when combined with Chi-ji and Revival but there is still some math to do in this area.

While Necrolord was was hard to beat in 9.0.5, Kyrian and Venthyr are now equally competitive. Kyrian provides insanely strong soulbinds and the option of playing the new Call to Arms legendary. Venthyr on the other hand is entirely driven by it’s new legendary Sinister Teachings. With a little bit of crit you can cast Fallen Order every minute (sometimes more).  Necrolord is tougher to play, and requires smart use of Bonedust Brew to match up to the two above. If you really enjoy Night Fae then you can keep playing that too – it offers best in spec damage.

How should my stats look?

Intellect is still our best stat by a very large margin. With the 9.1 changes our secondaries are now very close in value and you’ll take item level in most cases. You can use QE Live to optimize your gear and it’ll shortly have support for covenant-specific weights to hone in on an even greater level of accuracy. Mastery is notably very strong during your cooldown windows, and then significantly weaker outside of them.

None are hugely impactful, and you will play some combination of the following:

I’ve got an extra question for you

You can bring any extra questions to the Peak of Serenity discord, or to me directly. Questions and comments are always welcome.

One response to “The 9.1 Fistweaving Compendium – Gearing”